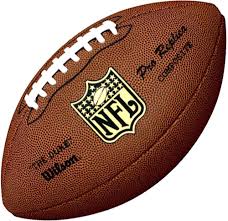 Super Bowl Parallels
At the risk of riling up our readership, let’s talk football. Probably your team is NOT playing in Super Bowl LII (like the Cowboys). Maybe as a Christian, you too feel like someone who would/should be doing better than you are in your faithfulness as a disciple. [Insert any number of struggles.] Where’s your spiritual championship? Isn’t it your turn by now?
Well, take heart. God says that one day you’ll be a reigning champion! Take Zephaniah 3:16,17 personally. What the Lord says to Israel back then He says to us now. “On that day the announcement to Jerusalem will be, ‘Cheer up, Zion! Don’t be afraid! For the Lord your God is living among you. He is a mighty savior. He will take delight in you with gladness. With His love, He will calm all your fears. He will rejoice over you with joyful songs.’” Of course we’re talking about heaven.
Maybe you feel utterly defeated and discouraged… like the Cleveland Browns who did NOT win one game this season and have only won four games in the last three seasons. Ugh! The Lord tells you as He told His people of so long ago in Deuteronomy 31:6, “Be strong and courageous. Do not be afraid or terrified because of your adversaries, for the Lord your God goes with you; He will never leave you nor forsake you.” Imagine that! Chin up, the Lord is your greatest, most loyal fan! So hang tough and keep suiting up, for the Lord goes with you… personally.
From My Heart,
Jeff