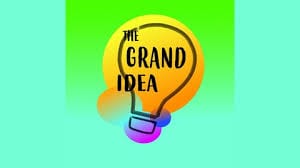 The “Grand Idea” Results are in!

As you know, our “Grand Idea” Campaign wrapped up in December 2018. Before discussing the Campaign results, I feel the need to reminisce a little about the history of our New Sanctuary from my perspective.
Back in 2004, I remember several exciting moments during the construction of our New Sanctuary: the clearing of the site by the bulldozers, the pouring of the concrete foundation, and the setting in place of the steel beams. But by far, the most exciting memory I have was seeing the steeple, suspended from a large crane, slowly being lowered into its place at the top of the New Sanctuary.
I remember several proud moments, like when I first saw the new steeple while driving north on Highway 67, near the Tidwell exit, and realizing that this steeple would be visible to everyone who entered Cedar Hill from the south. I was also extremely proud when I attended the first service/official dedication of the New Sanctuary and seeing the large crowd of members, family, and guests in attendance.
I remember my surprise when I saw our New Sanctuary’s $2.5M price tag and its $16.2K monthly mortgage payments (refinanced to $11K per month a few years later). This mortgage immediately became the single largest line item in our annual budget. Unfortunately a few years later, we began to struggle to meet this mortgage payment along with our other FUMC operational/personnel expenses. As a result we frequently were unable to pay our Apportionments to the UMC. On our New Sanctuary’s tenth anniversary in 2014, I remember being frustrated when I realized our outstanding principle had only been reduced to $1.5M.
In the summer of 2016, John Monroe began talking to folks about his dream (literally) of how we could reduce or eliminate the mortgage on our New Sanctuary and the “Grand Idea” Mortgage Reduction Campaign began to take shape. Experts say you must create a “compelling and exciting” vision of the future when launching any fundraising effort. What could possibly be more exciting than Mortgage Debt Reduction? Experts also caution that you should never expect to receive more than 75-80% of the pledges made in any financial campaign. For these and other reasons, it was no surprise that many folks were skeptical when they first heard about the “Grand Idea.”
So after a great deal of prayerful consideration, we all took a big leap of faith, and officially launched “Grand Idea” in January 2017. Since that time, a great number of our church members made substantial donations to the Campaign – used to pay down the New Sanctuary’s outstanding principle.
Thanks to your faithfulness, commitment, and generosity, we were able to prove the experts wrong and substantially reduce our mortgage balance from $1.4M to $495K! And we reduced our monthly mortgage payments from $11K/month to less than $5K/month! The experts did get one thing right, we did not receive 100% of our pledged amounts – we received 110%!
As a result of this reduction in monthly mortgage payments, in January 2019 we were able to:
1)    Give our FUMC Staff a well-deserved salary increase
2)    Set aside money for necessary campus replacement/repairs (HVAC, roofing, leaks, etc.)
3)    Fully pay our 2018 annual Apportionments ($27K) to the overall UMC for the first time in nine years
I want to personally thank each of you for your support of the “Grand Idea!” I believe it has truly been a Miracle for our church family! It is an awesome example of God working within/amongst us – something Keva reminds us to look for each and every day. It should remind us all that, “With God – Nothing is Impossible!”
I look forward to seeing all of you on Sunday!
Scott Stegner
FUMC Leadership Council Chairman