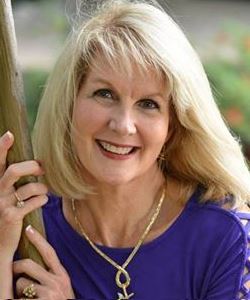 Keva is from Winters, Texas. She graduated from Texas A&M University and Southern Methodist University with engineering degrees and had a fabulous career in the telecommunications area.

In 2001, God made it very clear that she needed to be in ministry, so she left her career and entered seminary at Perkins School of Theology at SMU. During that time, she was president of the student body, graduated top of her class and served as an Associate Pastor at Lovers Lane United Methodist Church in Dallas.

Following her graduation from seminary in 2005, she became a minister in the British Methodist Church for four years where she served in a circuit in South Yorkshire, as well as traveled around the U.K. preaching and sharing her faith.

While in England, Keva worked on a Doctorate in Preaching at Durham University. When she returned to Texas, she began a Doctor of Ministry degree at Perkins School of Theology and graduated with honors.

Keva has two wonderful children: LeeRand, who is in technical business development and lives in Houston, and Kevin who is a firefighter in Richardson. Kevin lives in Arlington with his wife, Liz, and their three children: nine-year-old son, London; six-year-old daughter, Rain; and five-year old son, Boston. Besides adoring her grandchildren, Keva is an avid runner, and enjoys golfing, skiing (water and snow), biking, hiking, traveling, writing, movies, and a really good book.

Keva feels so very blessed by the amazing people God has placed in her life and all of the incredible opportunities she has had. But the absolute most important thing to Keva is her relationship with the Lord and the opportunity to experience Him in daily life and to share the Good News of Jesus Christ with others. All glory to God!